Gonorrhea Pulls a Jennifer Hudson, Says “No, I’m Not Going.” Drug-Resistant Gonorrhea May Be Untreatable

It seems like gonorrhea wants to pull a herpes and stick around for life. The new strain of drug-resistant gonorrhea that made headlines in 2014, is still around and kicking and is rapidly become harder and harder to treat:

The United Kingdom’s chief medical officer has sent a warning to all doctors that the sexually transmitted disease gonorrhea could evolve to the point where it cannot be treated, returning humanity to the pre-penicillin era. Such an outcome can be delayed, and possibly prevented entirely, if doctors prescribe drugs correctly, Dame Sally Davies claimed. Sadly, this is not currently happening, at least not all the time.

It seems Doctors aren’t being hyper vigilante enough in prescribing the right cocktail of drugs to treat this tougher strain of gonorrhea. They have been prescribing an obsolete antibiotic that’s been proven ineffective in killing the bacteria that causes gonorrhea. In 2011, one in five gonorrhea cases were treated with this particular antibiotic. Davies recommends treating gonorrhea with a combination of an injection and an oral dose of azithromycin or doxycycline.

If doctors prescribe the correct medication, Davies predicts this strain of drug-resistant gonorrhea won’t be able to evolve and will remain treatable. Now for some gonorrhea facts: 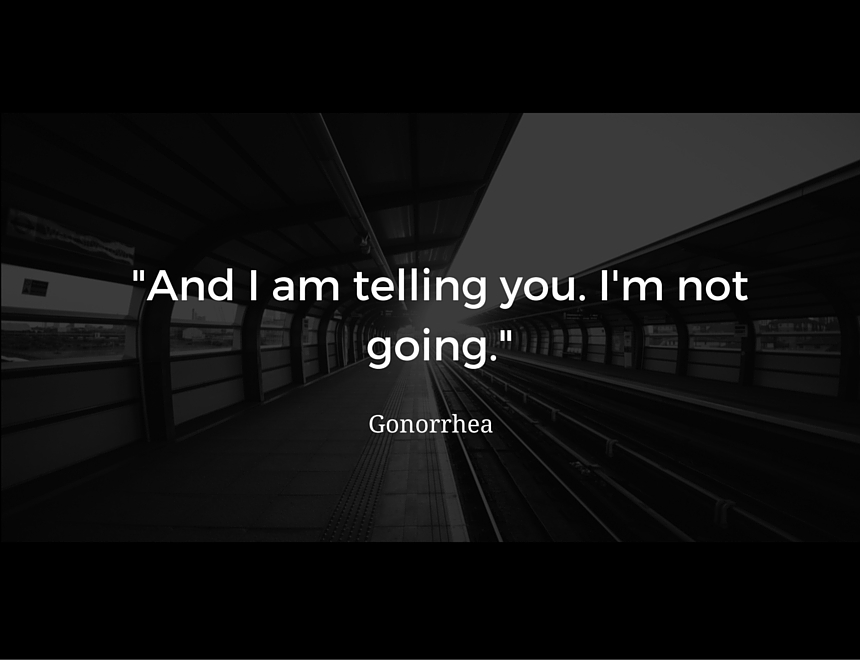 Gonorrhea is a sexually transmitted disease (STD) that can infect both men and women. It can cause infections in the genitals, rectum, and throat. It is a very common infection, especially among young people ages 15-24 years.

What Are Symptoms Of Gonorrhea

Unfortunately, Gonorrhea is one of those diseases that often doesn’t have any systems. Many people have the disease and don’t know it. This is why it is important to get tested regularly and to always use protection when having sex (all types of sex).

With that, if symptoms do occur, they very in men and women or by location. Here is what you need to look for if you’re worried you may have contracted the disease:

Even when a woman has symptoms, they are often mild and can be mistaken for a bladder or vaginal infection. Women with gonorrhea are at risk of developing serious complications from the infection, even if they don’t have any symptoms. Symptoms in women can include:

Rectal infections In Men And Women

What Happens If Gonorrhea Goes Untreated

In men, gonorrhea can cause a painful condition in the tubes attached to the testicles. In rare cases, this may cause a man to be sterile, or prevent him from being able to father a child.

Rarely, untreated gonorrhea can also spread to your blood or joints. This condition can be life-threatening.

Untreated gonorrhea may also increase your chances of getting or giving HIV – the virus that causes AIDS.

In the end not getting gonorrhea is as simple as keeping testing, making sure your partners are tested and using protection in all of your sexual encounters. Even if you don’t do the first two, the last one will go a long way in saving you from not just gonorrhea, but much of the other sexually transmitted diseases that are out there.

The Ring O is a super-safe super-stretchy cock ring designed to comfortably fit all sizes and stay snug during even the wildest sexual encounter.