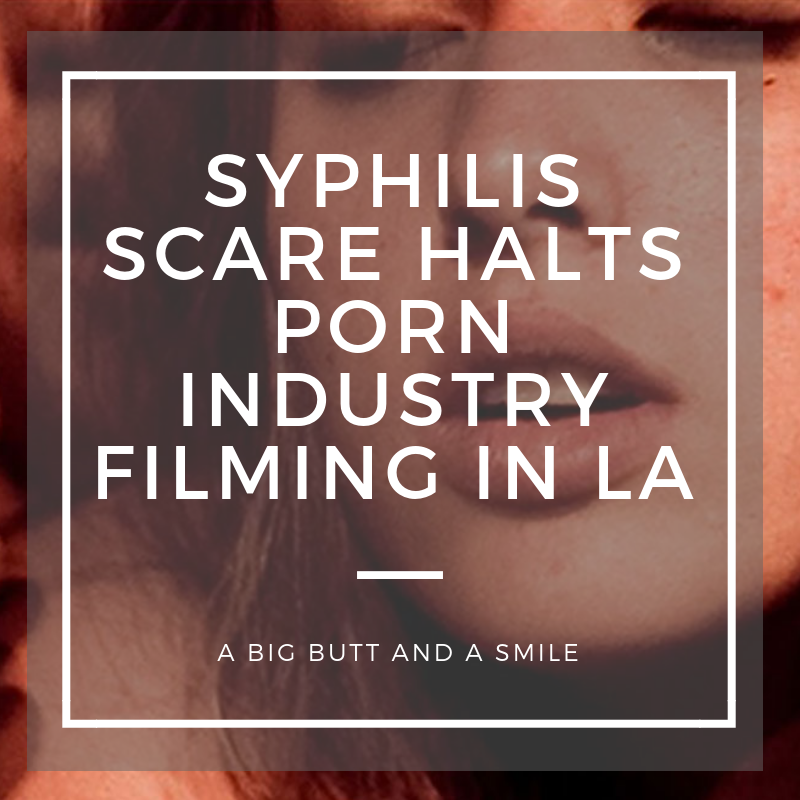 The pornography trade group, the Free Speech Coalition, called for the moratorium on Monday while performers are tested for syphilis. Los Angeles County public health officials are also investigating a possible outbreak of the sexually transmitted disease.
–

One performer has tested positive, and the performer’s sexual partners are being notified, according to Joanne Cachapero, a spokeswoman for the coalition.
–

The voluntary, temporary moratorium is expected to shut down the industry “until the risk to performers in the industry has been properly assessed and all performers have been tested,” the trade association said in a statement.
–

On Friday, the Los Angeles County Public Health Department announced an investigation into at least five possible cases of syphilis that were reported last week.
–

Cachapero said the group is calling on all performers, more than 1,000, to be tested. Because the illness can be difficult to detect, the trade group’s medical experts have ordered preventative shots of antibiotics for performers. After performers get the shots, they can go back to work within 10 days, Cachapero said.”

I suppose you could always fine after the fact, watch a sampling of videos and whoever isn’t using a condom fine them heavily or shut them down, but that doesn’t do much to prevent an STD scare from occurring.