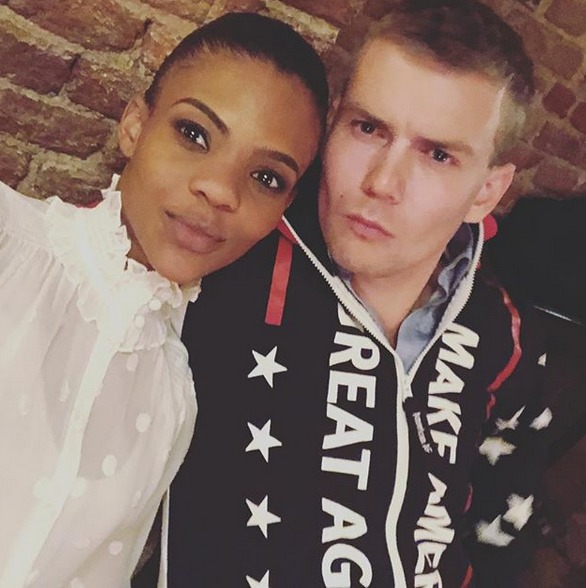 You know, there are some easy things in life – one of this is how easy it is to denounce Hitler and Nazis when given the opportunity to do so.

Our glorious  Toddler In Chief failed to so when the neo-nazis came storing Charlottesville, and now Candace Owens of Turning Point USA and Kanye Bestie fame has just failed what should have the easiest softball question ever. From the Daily Beast:

Owens was asked by an audience member for her thoughts on the future of nationalist movements. In her response, Owens said “nationalism” has been given a bad rap before pivoting to the Nazi dictator.

“When we say nationalism, the first thing people think about, at least in America, is Hitler. He was a national socialist.” she said.

Now – I’m not sure what the child was thinking when she answered this question. My initial reaction is she wasn’t thinking. Her comment is what happens when you have no basic political beliefs (or knowledge) you adhere to, just a bunch of talking points you repeat so you can collect a check.

A quick moment to think about what she was saying, or some basic political knowledge around nationalism, the Wiemar Republic and Hitler she might have been able to come up with an intelligent answer that stuck to her talking points of Nationalism Good and not comes across like she’s a Hitler stan.

But, I suppose that would require some intelligence, and Ms. Owens has shown repeatedly that she seems to be lacking in that department.