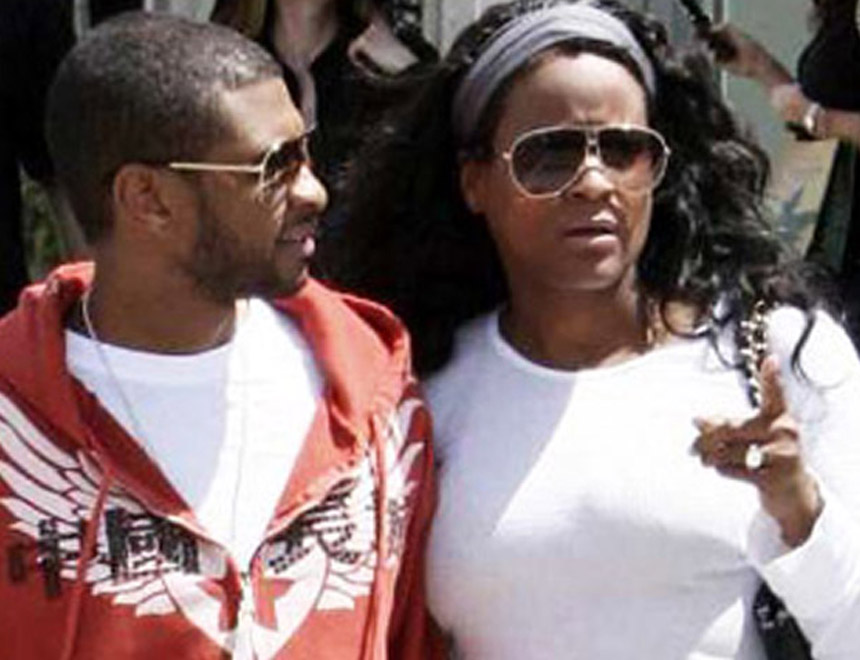 So TMZ is reporting that someone is trying to shop a sextape of Usher and Tameka Raymond from their married days to various sites. If you remember back in 2008 Usher had a major break in at his house and the sex tape was apparently part of that booty (sorry couldn’t resist):

TMZ was approached several days ago by someone claiming to have the sex tape. The person sent us a short video and two photos. We’ll keep this PG-13 and just say … the people in the video are both givers.

The video and photos are clear — it’s Usher and Tameka.

Sources close to Usher — without specifically admitting the existence of a sex tape — tell us they believe this video could have been among the things Usher had stolen out of his car back in December 2009. Usher reported more than $1,000,000 worth of jewelry and electronics taken — including two laptop computers.

OMG indeed. While Usher or his people haven’t spoken out on the news yet, Tameka Raymond has had something to say:

“Yes, I have had sex with my husband. Multiple times,” Tameka tells TheYBF.com. Would I sanction a sextape being out? Absolutely not. I am a mother and entrepreneur. Sex tapes or pornography would not be my lane. I have no desire to be seen in that way.”

Alrighty then. That’s a non-answer for you. We will see how this one plays out.