Kanye West Raps About Having a Big Ego. Turns Out He Wasn’t Lying.

Kanye and His Big Ego

Kanye West penis pic is a bit of a surprise. He wasn’t lying when he said he had a big ego. Clearly, that’s a penis that will do big things when it’s standing at full attention. 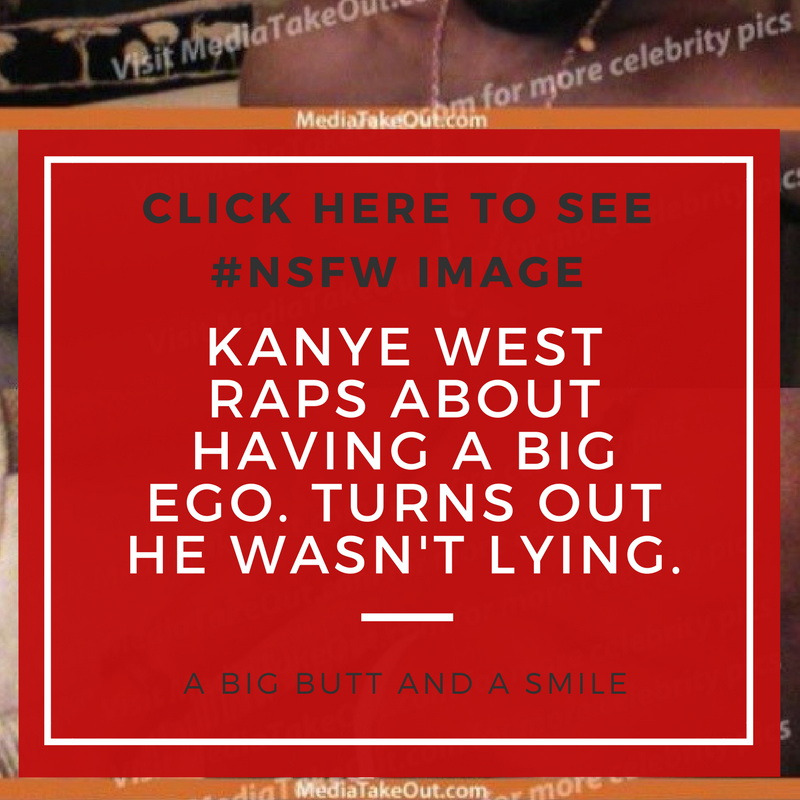 He even rapped about how the leak happened in the first place:

She find pictures in my email
I sent this girl a picture of my dick.
I don’t know what it is with females
But I’m not too good with that shit

Alright, Kanye. We hear you. I will say I’m pleasantly surprised that Kanye’s penis is worth having conversations about.

Interestingly enough I’d heard through the grapevine that Kanye is packing and he’s a big douche as well (no surprise there).

So here’s the story:

A friend of mine was in grad school in Cornell at the time. A fellow student (and roommate I believe) was from Los Angeles. She was typically California Cute, slim, light skin, long hair type of chick.

Anywho she was out one night and happened to meet Kanye.They struck up a convo. It was all cool, nothing out of the way or inappropriate. He invites her back to his hotel. No funny stuff he promises.

After a beat, she agrees to go…well..you can see where this story is going. After getting back to his hotel the ‘no funny stuff’ deal went out the window. He apparently whipped his penis out and suggested she suck it or otherwise handle it. She declined, but she did mention that his penis was quite impressive. It seems she wasn’t lying.

I think at this point we call all agree that Kanye is many things a liar, however, doesn’t appear to be one of them. One time for the men with the big egos and Big Egos. You may be a dick, but you’ve totally earned the right to do so.