Batman Is Working With A Lil’ Sumthing Sumthing

Well, Batman gave us a glimpse of his baby bat in his film Gone Girl. Seriously Ben Affleck’s short display of man meat was the talk of a film that had plenty to talk about. Usually, I don’t add film shots of penises to this list, but it’s hard not to when an A-list (A-?) star’s penis is up for viewing. Similar to Justin Bieber’s penis, it isn’t bad. I mean you may not write home about it, but you’re not kicking it out of bed either. 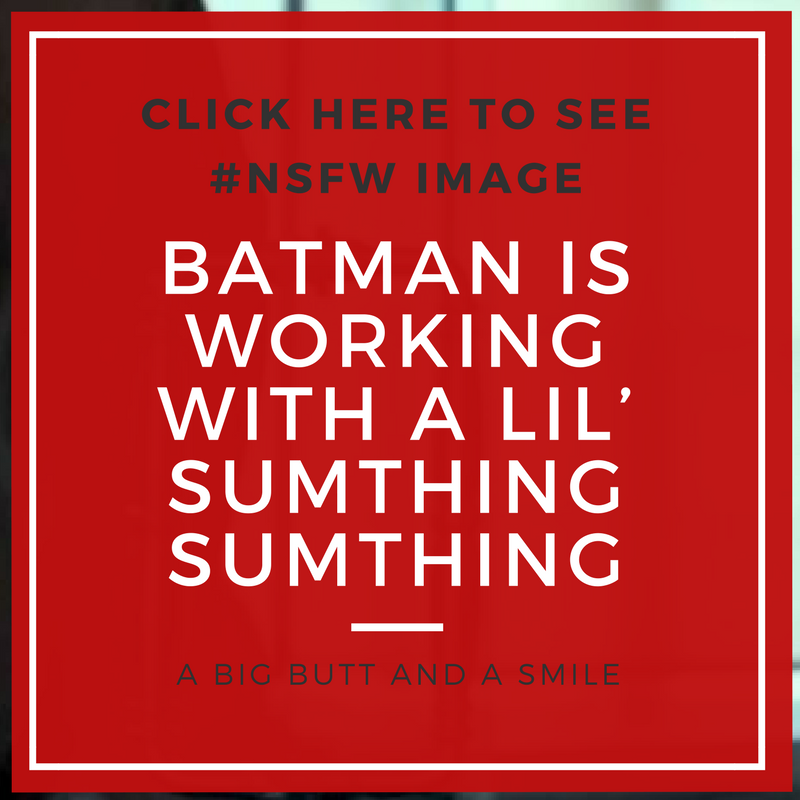 Granted it’s a bit “blink and you’ll miss it” but, hey an unexpected penis, is still an unexpected penis and well worth the looking, no matter how hard you have to squint. Ben actually confirmed the rumors his penis would be making an appearance back during the press tour for Gone Girl:

Ben confirmed early rumors of his being in the buff during an interview with MTV while promoting the movie in 2014, saying, “The penis is in there,” and joking that it looks better in 3D.

His then (still?) wife Jennifer Garner gave her two cents about the whole penis-gate thing as well:

Soon after, his now-estranged wife, Jennifer Garner, touched on the subject in a sit-down with Ellen DeGeneres, telling the crowd, “What I have to say is, ‘You’re welcome.’ I just try to consider myself a charitable person and I wanted to give back. You give me so much, I wanted to give something back to all of you.”

What did his famous ex Jennifer Lopez‘s think about the whole thing:

“Nothing I haven’t seen before,” the single mom of 6-year-old twins Max and Emme said, while laughing honestly.

Well that’s honest (and truthful) enough. Now that Batman is on the market these pics may increase his dateablitily.

Who am I kidding?

It’s Ben Freaking Affleck. he could have a Jude Law’s penis and still be on the right side of an avalanche of lady bits.